We are studying matter this nine weeks.  Instead of using valuable class time to watch a Brain Pop video, Property Changes,  and a Bill Nye video States of Matter, the students watched them independently. If you have a  subscription your students could also watch Flocabulary's  States of Matter. Students were able to watch the videos at their own pace on their iPads. Then we were able to take time to complete these two labs.

For the first lab we were investigating that mass of an object is equal to the mass of the sum of its parts.  The students used Legos to construct different objects. What fun! 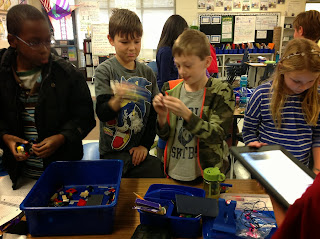 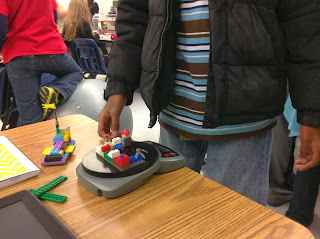 The students took pictures of their work in progress and used PicCollage to share their finished work.  Thanks to our wonderful Science Mom, Mrs. Carter, for bringing in tons of Legos! 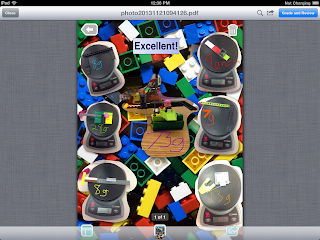 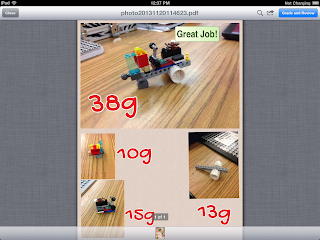 For our next lab we used pheynol red, baking soda, and calcium chloride to investigate the difference between chemical and physical changes.  The students could actually see evidence of a chemical change taking place:  color change, change in temperature, and gas was formed.  All inside the safety of little baggies.  If you Google Sunset in a Bag you can easily find the directions for this lab online.

Coding.  It is at its basic root a 4 letter word! But it doesn't have to be.
December 9-15 is Computer Science Education Week.  Sign up to host an Hour of Code.  There are self-guided video lessons that you can use with laptops, tablets, and smart phones. You can even use the Smartboard for whole group instruction if you prefer. No technology? No problem. There are lesson that you can use without computer access.  I tried some of the lessons. They are really fun!  Oh, Did I mention the first 100,000 educators who sign up to host an hour of code will receive 10GB of free DropBox storage?

Make sure you have a DropBox account before your sign up for the Hour of Code.  So sign up to participate. No one is paying me to promote this.  I just think that every student deserves at least 1 hour!  Don't you?

I was reviewing the basic Order of Operations with a group of students who were still having a little trouble.  When I initially taught the lesson I used a video, a rap by Ron Clark, and a model of a hop scotch board to teach the order.  Still they needed more.  One thing I had neglected to do was to actually have them jump on the board.  So I used painter's tape to make the hop scotch board on the floor.  The students had to say the operation and the part of the written expression that correlated to the step. We talked about why multiplication and division as well as addition and subtraction were on the same level. When they reached the end of the board they gave their answer.

Even though we used the board on paper to learn the order of operation, it wasn't enough for some students.  They actually needed the experience jumping on the board. Now whenever they walk across the board they can hop as long as they whisper the order of operations that go along with it. You try: What is 8-2+1(6-3)?  Write your answer in the comment section below.
at November 03, 2013 2 comments: