Arrays in the Real World

We are just beginning our multiplication unit.  The students needed to be able to relate repeated addition to multiplication.  We began by watching a great video I found on YouTube, "Real Life Arrays" By Miss DuBose.  Then the students were ready to find their own.  They went on an array hunt (in small groups) all around the school. I had a parent volunteer help with this part of the activity. Armed with their iPads, they took photos of all the different arrays they found.  And they found tons of them!

The next day, they picked their favorite photos for their project.  They used Pic Collage to show how repeated addition and multiplication are related.  They also had to include a title and of course their name.  I was able to assess some language standards ("capitalize appropriate words in a title" and "forms and uses possessives") as well as their math standard ("represents multiplication as multiple groups of the same number").  I am going to print them out and bind them together in a book.  It was our first time using Pic Collage in third grade! Not sure why some of the  "+" symbols changed, but I think they turned out nice! 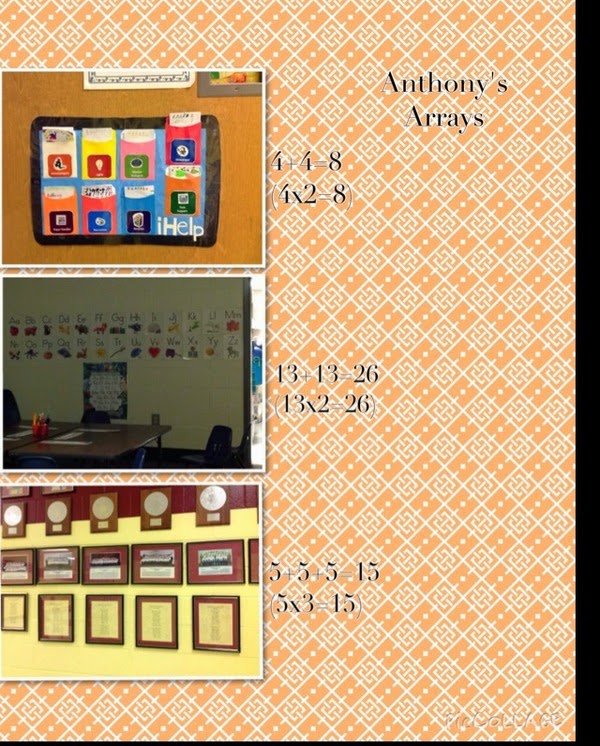 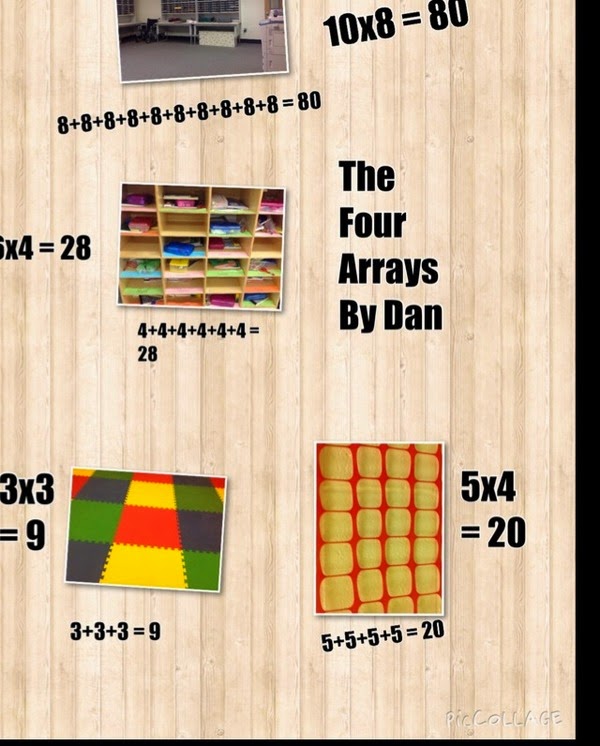 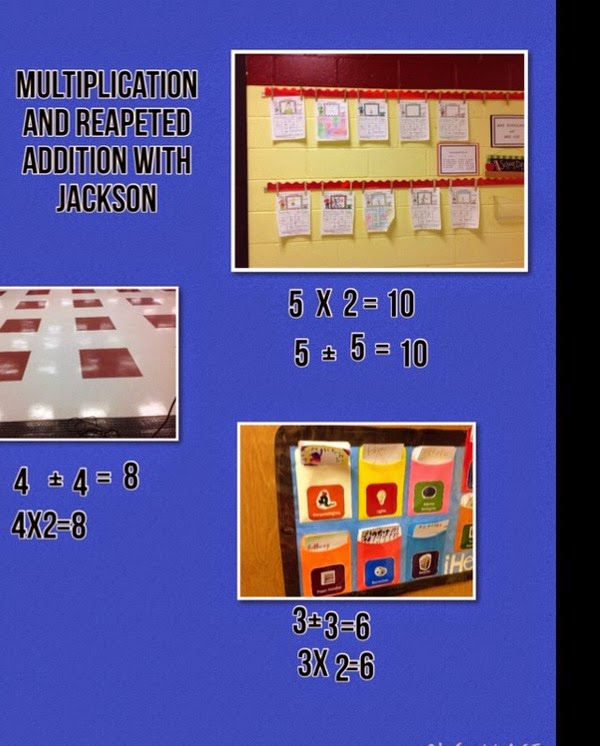 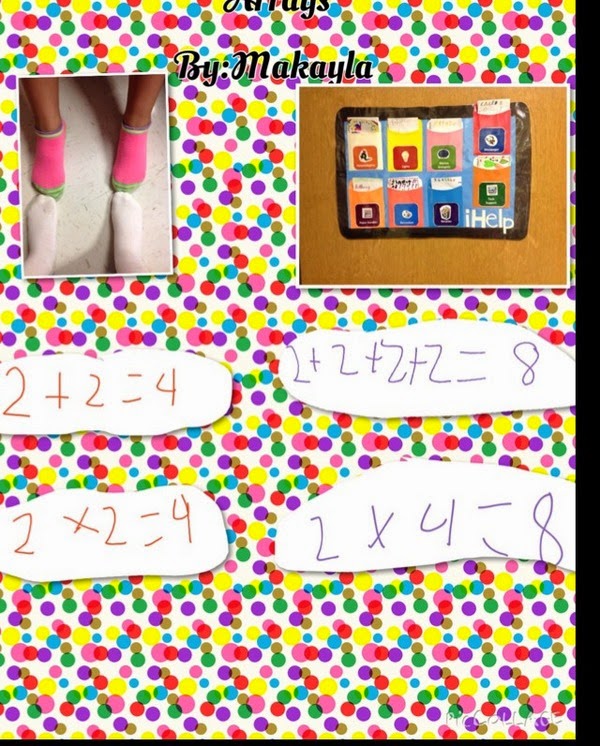 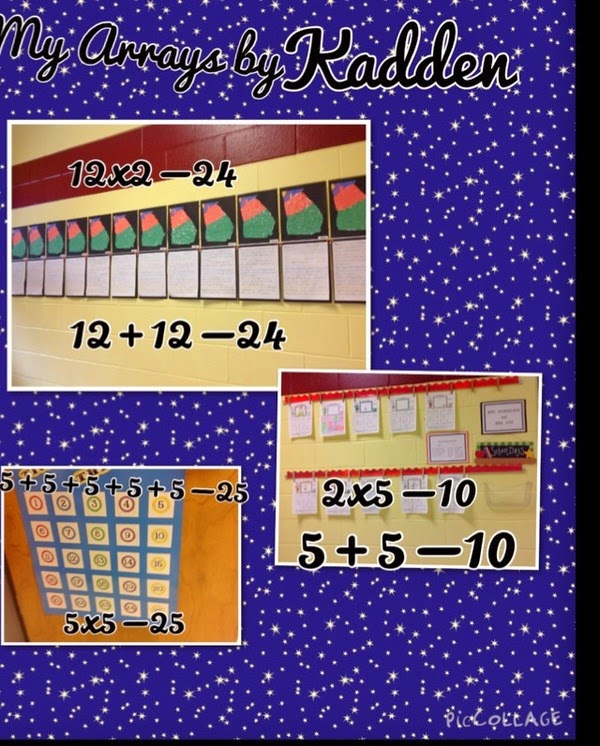